Another major tunnel project, another job for Grindex pumps 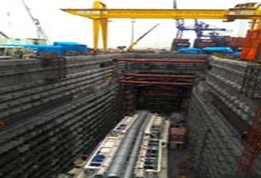 Once again Grindex pumps have been chosen to keep one of the world’s most advanced tunnelling projects dry. The Eurasi Tunnel, which will stretch 5.4 km and connect Europe and Asia in Istanbul, will take 55 months to complete.

The Euroasia Tunnel Project is a 14.6 km route between Kazlicesme on the European side and Goztepe on the Asian side of Istanbul. It consists of three sections, widening and improvement of existing roads (including an extra lane) in Asia; construction of a two-deck road tunnel under the Bosphorus Staright; and widening and improvement of existing roads (including extra lanes) in Europe. When completed, the project will reduce the average travelling time between the two points from 100 minutes to 15 minutes.

Salt water, clay, silt, and gravel, all in a day’s work 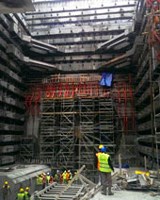 The tunnel section will be 5.4 km long. The tunnel will have a diameter of 13.7 meters to cater for two levels of traffic, plus a service tunnel. However, it will only be open to light vehicles, i.e., automobiles, minivans, and vans up to a certain size.  Heavy goods vehicles, buses, motorbikes, and passengers will all have to use the existing bridges to cross the Straight.

The tunnel will, at the deepest point, be 106 meters below sea level. The shortest distance between the tunnel and the seabed will be 26 metres. The tunnel will pass through rock mass and sea sediment.

Tunnelling will move at a pace of eight to ten metres a day and is expected to take 55 months to complete. Throughout the project there will be intensive drainage requirements of abrasive media including salt water, clay, silt, sand and gravel.

According to Peter Uvemo at Grindex “The construction team chose Grindex pumps because they are renowned for their reliability and ability to pump the toughest media. Grindex has a long history of providing pumps to major tunnelling projects. They are currently being used in the Yintau tunnelling project in China, a series of tunnels in North-west China, which stretch for more than 200km.”